Award-winning and critically acclaimed, The Pieces of a Woman of the prestigious Polish ensemble TR Warszawa will become the festival’s main foreign guest this year and will open one of the main dramaturgical lines dedicated to women’s issues.

A feminist family drama set in present day Warsaw, powered by the strength and determination of female characters. A family get-together shows, as if through a lens, the problems and internal conflicts of Polish society. The protagonist of the play, 30-year-old Maja struggles with a personal tragedy. In order to get back on track, she must question her old life and rebuild from scratch the relationships with her family. “Pieces of a Woman” is an evocative picture of modern women who fight for the right to decide about their own life. Kornél Mundruczó – director, and Kata Weber – author of the script, portrait each character with great empathy – they don’t judge or criticize any of the characters gathered around the family table. The performance employs cinematographic means of expression and captivates the viewers with intimate narrative, the realism of the details and tenderness of the actor’s creations.

“The path taken by Maja is the everywoman’s path. Maya experiences what all women experience when their longings are squashed. The are crushed by pain untill the time when they can unfurl and re-open, ready for a life of greater awareness, depth and, of course, joy. The combination of feminine relationships shown in our play is authentic. It contains love, rage, disappointment and healing, associated today with intimacy.”

Kornél Mundruczó is a Hungarian theater and film director. He has been directing theater since 2003, and the turning point for him was the establishment of the independent Hungarian theater ensemble Proton Theater in 2009, which gained a reputation at home and abroad for several years. His film career includes more than 18 short and feature films and countless successes – his films have been screened at Cannes or the Sundance Film Festival. The production of Shards of a Woman was created by Mundruczó with the Polish-Hungarian production team for the TR Warszawa Theater Ensemble (Teatr Rozmaitości) in 2018. In 2020, the 77th Venice Film Festival presented the film, which is Mundruczó’s first film in English. language. The film is currently available on Netflix.
Kata Wéber is a Hungarian screenwriter and playwright. She started her career as an actress, then began to devote herself fully to writing plays. He often works with his life partner Kornél Mundruczó, who was also involved in the creation of Shards of a Woman. After reading Katina’s diary entries regarding the loss of a child in 2017, they decided together to create a theatrical text, which for Kata also became a therapy. Kata Wéber also writes film scripts, her works include the films The White God (2014), Jupiter’s Moon (2017) and the film version of Shards of a Woman (2020).

(…) TR Warszawa – a Polish theatre company, one of the best in the world (…)
(…) The performance exceptionally effectively transcends dramatic conventions thanks to masterful performances by the actors, who (…) artfully bring their characters to life even if their lines are limited to small talk – which, by the way, makes the reception of a show in Polish with French surtitles quite manageable. (…) The Avignon audience fell in love with this Polish play from 2018.
Anne Diatkine, Liberation

“(…) Pieces of a Woman say a lot about our anxious, turbulent western society, lost between the traditional and modern lifestyle. Naturalism of the topic is perfectly yet mysteriously confronted with the magic of theatre – Kornél Mundruczó is a real master at mixing stage styles. With realism, which is the base of his production, the director sneakily introduces us to the secrets of suddenly bared souls and bodies. Bared as they can be during childbirth, which is the center of act one. Would Kornél Mundruczó do so well without the bona fide actors, who stand before us? Actors: the very principle, source, essence and genius of theatre… In TR Warszawa’s production all of them are very impressive.”
Fabienne Pascaud, Telerama

(…) The most beautiful part in Pieces of a Woman is the young mother, who decides to experience her loss in a way that she finds fit, without any denial or pretense. This grief belongs to her; Maja doesn’t want to benefit from it in any way. The actress who plays this young woman is absolutely brilliant. Justyna Wasilewska, full of grace and internal strength, is the driver of the entire performance.
Fabienne Darge, Le Monde

Filmmaker Kornél Mundruczó gave the Festival in Avignon a theatrical slap in the face with his guest performance of Pieces of a Woman. This deeply emotional, shocking play portraits a woman overwhelmed by tragedy, struggling with the family and social pressure. (…) Justyna Wasilewska in a very sophisticated manner takes on the leading role and with extraordinary sensitivity expresses the suffering and deep loneliness of the protagonist who is also an observer to her own story. (…) Kornél Mundruczó – a master of hyperrealism, creates a very refined, distinctive and conscious staging, as usual. Intensity of the presence of the exceptional actors and virtuosity of the performance allow the audience to fully immerse into the intimacy of theatre (…) and confront both disintegration and an attempt at recovery (…).

“(…) brilliantly simple and very much needed performance about ourselves..”
Julia Downarowicz, Dziennik teatralny Warszawa
“’Pieces of a Woman” is concert of acting skills.”
Izabela Szymańska, Empik.com
“The Director allows the actors to create original characters and the entire cast takes advantage of this opportunity. They fit in quite effortlessly in the performance’s form that is close to film realism.”
Wojciech Majcherek, Kultura.Onet.pl

“(…) it’s the highest form of art. To create theatre as if it wasn’t theatre but a private game. As if the word’s weren’t written down but came on their own, even self-expressed themselves. Yet again, Mundruczó throws us right in the middle of life, he requires theatre to be its imitation. He doesn’t stop there, however. From time to time he distorts realism of the story, builds unusual hyperboles, destroys order, introduces dissonances. “Pieces of a Woman” is a masterpiece as far as the precision of the production is concerned, and at the same time an extremely challenging technical endeavor. It only looks like imitating life is all it takes.”
Jacek Wakar, Kultura Liberalna 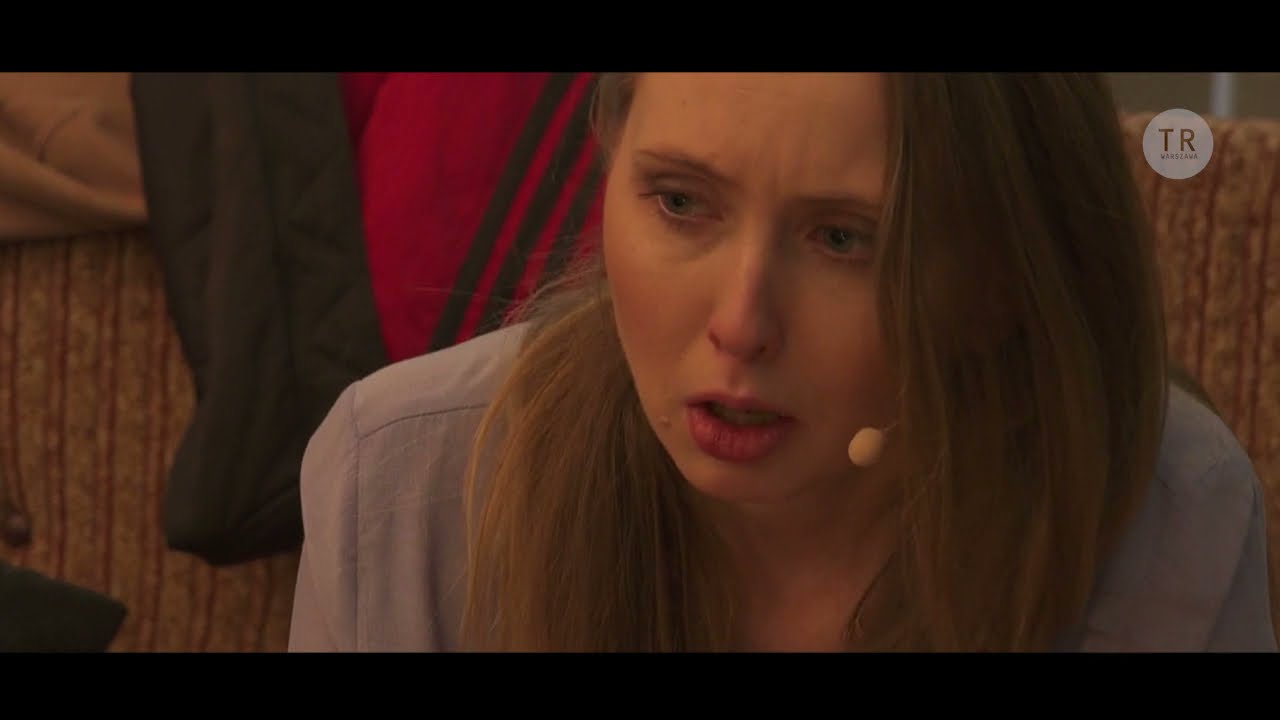